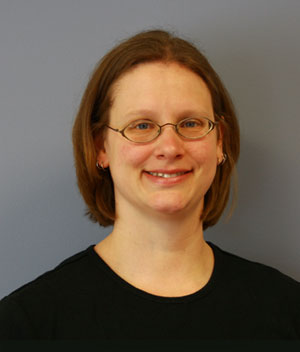 Steve Spader, MAcOM 2000, LAc, and Jen DeMaio, MAcOM 1999, LAc, had been travelling similar paths, each seeking a fulfilling career in holistic healing, one that would connect mind, body and spirit. They met, studying side by side at Oregon College of Oriental Medicine through the late 1990’s, and eventually became romantically involved just before Steve’s graduation in 2000.

After a bit of post-graduate adventure (travel and continued studies in China; backpacking and working on organic farms throughout New Zealand), the pair began a practice in Coeur d’Alene, Idaho before finally settling in Moorhead, Minnesota a few years later. Their first son’s birth in 2003 brought the dual challenges of parenting and juggling staggered, part-time work schedules and travel. After a few years, they found this lifestyle too demanding and decided to take the leap into a full-time practice and an expanded, six-room treatment center. Two Turtles Wellness Center’s business took off immediately. Steve and Jen now augment their regular patient schedule with teaching at the local community college, as well as offering frequent weekend and group classes. Their presence in the community was also felt when flooding occurred in April of 2009; Steve and Jen offered free acupuncture treatments to suffering residents.

While Steve leans toward a more general, varied practice, much of Jen’s work focuses on fertility and children. She also does “constitutional facial renewal acupuncture” along with full body treatments. “You can make the practice work for you,” says Steve. He encourages people to build their own so that it works for them. “I see 60 – 70 patients weekly. Jen sees 35 people in 15 hours and is able to spend more time on kids and facial patients.” According to Jen, it is a “unique privilege to offer this medicine as an alternative to what a typical doctor can offer, helping people feel better on so many levels. It’s also very humbling to witness those changes. The more people we see, the more energizing it is.”